The Three wise men. (The magi) 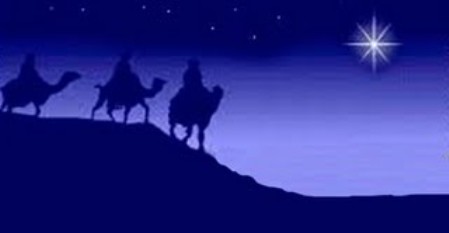 The three Wise Men Mat. 2v1 After Jesus was born in Bethlehem in Judea, during the time of King Herod, Magi from the east came to Jerusalem v2 and asked » Where is the one who has been born King of the Jews? we saw his star in the east and have come to worship him. « v3  When King Herod heard this he was disturbed, and all jerusalem with him. v4  When he had called together all the people’s chief priest and teachers of the law, he asked them where the christ was to be born. v5  ‘In Bethlehem in Judea’ they replied for this is what the prophet has written. v6  But you, Bethlehem, in the land of Judah, are by no means least among the leaders of Judah, for out of you will come a ruler who will be the shephered of my people Israel. v7  Then Herod called the magi secretly and found out from them the exact time the star had appeared v8 He sent them to Bethlehem and said ‘Go and make a careful search for the child. As soon as you find him report to me, so that I too may go and worshp him. v9  After they had heard the king, they went on their way, and the star they had seen in the east went ahead of them until it stopped over the place where the child was. v10  When they saw the star, they were overjoyed. v11  On coming to the house they saw the child with his mother, Mary and they bowed down and worshipped him. Then they opened their treasures and presented him with gifts of gold and of incense and of myrrh. v.12 And having been warned in a dream not to go back to Herod, they returned to their country by another route.   This evening is the celebration of the Three Holy Kings. There are not so many who celebrates this evening. During my childhood, this waS the last evening that the christmas tree was lit. The next day, it was put away. This is in fact a tradition.   Mette and have continued this tradition in our home. We sing the last carols and thank God again that Jesus came to earth and became our Saviour. So that we, like the wise men were allowed to discover that Jesus Christ is the Son of God who was sent to earth to be the people’s saviour. There is something both unfathomable and at the same time very fascinating about this report: “Where is the newborn king of the Jews? For we have seen his star in the East and have come to worship him. ” From where did they know that a star formation in the sky, meant that a king was born in   the land of Judah and how could they know that he was to be worshipped? Surely one worships only God.  It is believed that the star formation was two planets which appeared as one star at night.   and that one of the stars was the planet representing the jewish people and the other star was that representing the King.  But if this king was to be worshipped, then it would require a revelation. Our God. The Father,our father is a God who reveals Himself to people at all times. He did it the time the wise men lived, and is doing it today. However, it is not everyone who discovers who Jesus really is. This is also a little inscrutable and fascinating. It also triggers the question, Why was I saved? What made me believe? It is written about Jesus: v10 ” He was in the world and though the world was made through him the world did not recognise him v11  He came to that which was his own, but his own did not receive him. v12  Yet to all who received him, to those who believed in his name, he gave the right to become children of God. v13  children born not of natural descent, nor of human decision or a husband’s will, but born of God. Joh. 1:10-13 God has always left us with a testimony of who he is, and this still stands today. Through the preaching of his name, will his name be known. And through the preaching of his name, will people come to believe. So let us all who profess Jesus Christ, take our mission and proclaim his name seriously amongst people.